In the history of human beings, World War I and World War II were considered as the biggest military conflicts between the different countries groups. Military alliances were also part of the wars. World War I started in the year 1914 and continued until 1918 while the period of the Second World War was 1939 to 1945.

The First World War centered in Europe, the nations who were part of the war were divided into 2 main groups known as Allied Powers and Central Powers. The countries in the group of center powers were Austria-Hungary, Germany, Bulgaria, and Turkey. While the group of Allied powers had Russia, France, Japan, the U.S, Russia, and Britain. An estimated 8.5 million militaries and 13 million civilian deaths were observed in the war. In the end, the Allied powers won the war.

After twenty years of the First World War, the world faced a second war. In the Second World War, there were two opposing alliances known as the Allies and the Axis. The group of Allies included the U.S, France, China, Britain, and the Soviet Union. On the other hand, the Axis group includes Japan, Germany, and Italy as well. The Allies got victory in the war. However, more than 100 million people died in the war.

You can know more about the Wars with the help of history trivia questions.

Causes of the WWI

There are several causes of WWI that are as follow:

Tags
History The US World Wars 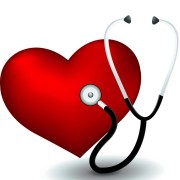 What Is The Role Of Active Listening In The Life Of The Students?

5 Online Assignment Tools that You Should Start Using Today

Integration and its importance